Keller is both an accomplished scientific visualization artist and instructor with 21 years experience. He began his career at the Howard Hughes Medical Institute creating animations for the highly acclaimed Holiday Lectures on Science series. He has worked with researchers including Nobel Laureate Thomas Cech, Eric Lander, Stuart Schreiber, Huda Zoghbi and many others. Eric was also one of the founding artists behind HHMI’s Biointeractive. Since 2005, Eric has been working in both the entertainment industry and scientific visualization contributing to commercial and film projects at studios such as Prologue Films, Yu and Co. Filmograph, Imaginary Forces, and the Syndicate. He is an instructor at the world renowned Gnomon School of Visual Effects in Hollywood teaching courses on Maya and Digital Sculpting. His students have gone on to work at Disney, ILM, Sony Imageworks, Blizzard games and many other leading film and game studios. He is currently working as an artist on the planetarium show “Signs of Life” for Griffith Observatory in Los Angeles California.

Eric has authored two editions of Mastering Maya (2009, 2011), two editions of Maya Visual Effects the Innovator’s Guide, and three editions of Introducing ZBrush, as well as many video courses on Maya and ZBrush for Lynda.com and the Gnomon Workshop. He has authored numerous tutorials for industry magazines such as 3D Artist, 3D World, HDRI 3D and Highend 3D.

He has worked with Digizyme Inc. since 2006 creating animations for researchers, science museums, science educators, and biotechnology. He was the lead visual effects artist for E.O. Wilson’s Life on Earth interactive biology textbook for iPad and has been a guest lecturer for Harvard Medical School’s course “Visualizing Molecular Processes with Maya” as well as the author of many original tutorials on molecularmovies.com.

His goal is to help raise the bar on the quality of computer generated scientific visualization in the hopes of inspiring a love of life science in the general public. In addition to his professional work he has also created the online series “Entomology Animated” and is an active participant in the Bioscan citizen science programs at the Los Angeles Natural History museum.

Eric Keller has contributed to the following courses and tutorials: 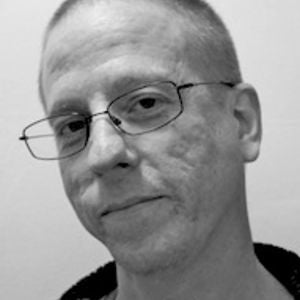